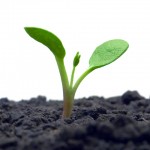 So, about a month ago, I did something I haven’t done in a very, very long time: I wrote a new story and sent it to an editor. I was more than a little nervous about sending it out and wasn’t entirely sure it was ready; although I’d had the story in my head for at least a month, various real-life problems and obligations kept me from getting anything on paper until about two weeks before the submissions deadline, so I was making minor revisions right up until the last day. But I was proud of myself for meeting that goal and felt like I’d done good.

And then I got the rejection letter.

While the rejection was somewhat expected — it was a very competitive market and they had a lot of submissions competing for a small number of spots — it was still profoundly disappointing.

I know the recommended action in this case: send it out again. But because I’d felt unsure about the quality, I sat on it and did nothing. I felt paralyzed, afraid to read it and afraid to ask anyone else to read it.

Finally, another writer, Nayad Monroe, said something that helped me realize part of why I was stuck. The characters in the story are the narrator of my novel-in-progress and her brother — but in the novel, she tells the story, and in this short piece, we’re seeing things through her brother’s eyes. While she and her brother love each other, their relationship is often strained, and that’s reflected in the story. Given that I’ve written over 200 pages from her point of view, shifting to look at her from this new perspective wasn’t entirely comfortable.

With this realization that the resistance I was feeling might be all in my head, I got the courage to let the lovely Amanda Davis do a beta read for me. She confirmed that the piece does have some flaws, but they aren’t as bad as I’d imagined them to be. So, while I’m not ready to start editing just yet, I’m at least thinking about it again — and these days, any progress is worth celebrating.