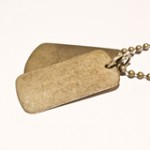 This past week, I’ve been taking a hard look at character names in my novel draft. (Admittedly, this is something I should have done before I wrote 85,000 words about them — but I’ve never been one to do things the easy way.) I named all my major characters early on, and quite a few of those names reflect the fantasy genre: that is to say, they’re a bit exotic. But some of the other characters (specifically, the non-sorcerers) have much more mundane names, and that’s an issue I need to reconcile.

I’ve started renaming some of the minor characters with the idea that they share a different ethnic background, so they can have a bit of exotic flair in a way that makes sense in the novel. But I’m still debating what to do with the more important minor characters — the ones who’ve developed into more than living props; hanging a new name on them isn’t quite so easy. Of course, a bit of Googling led me to discover that one of those names is a bit of Korean slang that’s very, very rude, which is a great incentive to rechristen that character. Sigh. (I was thinking of renaming him Goran, but having just watched an episode of Firefly, my mind keeps swapping it with “gorram.” Double sigh.)

Then there’s the small matter that virtually none of the characters have a full name; most have first names only. (Like I said, I’m not good at doing things the easy way.) I spent some time the past few days looking through name databases online, trying to find last names for the major players. I’ve been looking at sites with British and Scottish surnames, but it’s been a struggle; the names either seem too mundane or too exotic, rather than the delicate middle ground I’m trying to find. Naming my narrator has been particularly hard, since she has two brothers who also have to fit the name — and I’m debating whether the middle brother needs a new first name as well; all three siblings have first names beginning with A, and I’m a little concerned about confusing my poor readers. But I’m leaning towards leaving his name alone until and unless someone with editor’s credentials tells me otherwise. After working with the character for so long, no other name seems to fit.

Does anyone else find naming characters to be a troublesome and frustrating business?