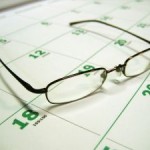 So, as I might have mentioned, I spent last week at a creative writing retreat in the North Carolina mountains. I was supposed to be working on my first novel, getting the front end in shape in advance of the lovely Nayad Monroe giving it a once-over and giving me some advice (always assuming, of course, that the Kickstarter for What Fates Impose is successful — our deal is part of a Kickstarter reward). I had five entire days to work on whipping those pages into shape, filling in the gaps, and fixing issues with consistency. So what did I do?

I worked on a sequel.

( I never said this whole writing stuff made any sense.)

I’m willing to accept part of the blame, and the rest I lay at the feet of that handsome devil Gerard Butler. You see, early in the week, I figured out that a certain character in the sequel looks pretty much like this, albeit with a touch of gray in the hair and beard. (And he talks with a Scottish accent. Yum.)

You can probably understand why I was completely unable to ignore this guy and stick to the plan.

I ended up writing at least 3,000 words around this character while I was on retreat and did another 575 yesterday when I got home. I already know he’s got to die at the end of the book and I’m probably going to cry writing that scene. I may have to give him a prequel book or something — always assuming that I get that far.

I guess the only solution to get back on track is to find some equally attractive British gent to cast as the romantic lead for the first book. Your suggestions are welcome. 🙂