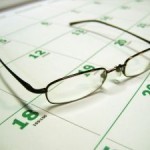 It’s been a very long time since I tried to get anything published. I had a few stories printed in obscure places years ago, but after Hurricane Katrina, I just stopped sending things out. It just didn’t seem important anymore.

Last summer, I wrote and sent out one story, a flash piece with the characters from my novel. It got rejected, which was somewhat expected given the competitiveness of the market; still, it was profoundly disappointing. A friend read the story and liked it, but wasn’t entirely sure it was working. So I put it aside and focused on the novel instead.

Fast forward a few months, and I spotted an opportunity that interested me — still very competitive, but I wanted to give it a try. (If you don’t believe me about “very competitive,” read the recap from the editor.) I knew it would be difficult, since I was still editing novel bits for a critique and I was behind schedule — and then my body decided to get sick two days before Christmas. One virus led to another, and I was sick for three weeks. I decided I’d have to take a pass on submitting.

But lo! An eleventh hour reminder from Cat Rambo inspired me, and I decided to give it a shot anyway. I pulled out the most likely candidate from my abandoned stories folder, gave it a 90 minute edit, and sent it on its way.

As I suspected, it didn’t make the cut, but the rejection didn’t really hurt. Editor C.C. Finlay said some kind things about it, which helped, and I think the knowledge that I rushed it out (and therefore can do better) made a difference too. I haven’t gone back to it yet because I’ve got a new story underway — but I will, in time, because I still feel like the story itself is good, even if I haven’t told it properly yet.

Now we’re in February, and — amazingly enough — I’ve sent out a second submission, thus doubling last year’s rate. Yesterday afternoon, Cat Rambo and Amanda C. Davis were impressing me on Twitter with their amazing submission stats, and then last night, I was hunting for something and ran across a flash humor piece I’d written a few years ago. It was a contest entry, and I’d never considered submitting it anywhere else. But it still made me laugh, so I tweaked it a very little bit and sent it out. I have no idea whether the market in question will bite, but I got a little rush from giving it a try. So we’ll see what happens.

And while I doubt I’ll reach the dizzy levels that Amanda and Cat maintain, hopefully I can make a habit of sending out more than one story a year.