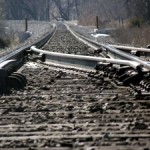 I wrote a new story last month, and in the process, I committed a basic mistake, one I’d first identified in college (many, many moons ago). I kept trying to write the final key scene, but it just wasn’t working; I tried three times, and each time, the tone was wrong, the feel was wrong — the scene was just wrong. After the third try, I finally recognized the problem: I was writing the wrong ending.

I had envisioned a positive spin at the end, where my narrator heads off into a new chapter of her life with her friend by her side. That was my vision from the beginning — and it was totally wrong. The protagonist’s friend had no reason to go with her; he was against her leaving at all, thought she was making a terrible mistake. For him to suddenly pull up stakes and go with her made no sense; I was trying to write an ending that wasn’t true to the situation or the characters. The secondary character wasn’t who I thought he was, or who I’d wanted him to be.

Once I’d had that revelation, I made an alteration that the story had been suggesting to me all along: that the secondary character was her lover, not her friend, and that leaving him behind was an important part of the story. With those changes in mind, the final scene practically wrote itself.

If you’ve got a scene that just isn’t working, ask yourself what fundamental assumptions you’re trying to impose on it. There’s a good chance at least one of them is wrong.

Up and down Buy, Borrow, Bin: the Terry Pratchett edition