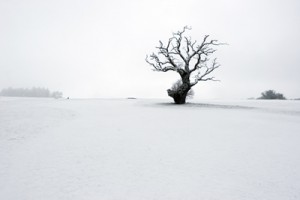 Some of the losses are small, and some — like losing my aunt to cancer — are too big and fresh and complex to process. But it wears at me, feeling like life keeps taking things from me: not just things that are or have been important to me, but also little things that provide some continuity and stability during a deeply troubling and stressful year. I feel like life and circumstances keep pushing and testing and taxing me, and each time I feel like I’m at my limit, life hands up a new challenge, threat, or loss. I’m exhausted, worn thin.

The person in the casket was a stranger, unrecognizable.

We were largely spared drama from ill or estranged family members, and for that we were grateful.

We were mostly spared the bad weather from Hurricane Harvey on our drive down to Mississippi. We were not spared from the fact that it was my father’s birthday, and we were driving for hours to bury his sister.

My father was not spared from eulogizing his sister. I watched my father, who rarely ever shows sadness or grief, falter as he spoke, the emotion clear in his voice, and I wondered if he would be able to finish. I gripped my mother’s arm the whole time, willing him to hold together. (He did.)

We were not spared the images of flooded Houston, the bad memories it sparked of Katrina, the knowledge that my aunt died on the anniversary of Katrina, twelve years after she took us into her home for weeks.

We were not spared the worry of Hurricane Irma, knowing that our family members in Miami did not evacuate. (Thankfully, they’re fine.)

I was not spared returning home to a looming work deadline — an immovable, government-imposed deadline — for multiple projects, including two that I’ve dreaded all year.

I got handed another loss tonight. I won’t try to explain it, because it probably wouldn’t make sense, and it seems small compared to everything I’ve mentioned. I suppose I feel it more deeply because of everything that came before.

Earlier today, I read some Facebook posts from a friend, written last night. She’s deeply, deeply depressed and feeling hopeless and worthless. I tried to reassure her as best I could, because I’ll cast a rope for a drowning soul even when I’m submerged myself. Another person told her to get a good night’s sleep, that things would look better in the morning. She responded that they wouldn’t, and I can relate; when you’ve been pushed past your limits, one night doesn’t even begin to undo the damage.

I just hope there will be enough nights to heal all of us.