These posts are from the category Geek Stuff. (The link at the bottom will take you to older entries.)

Victorian Tom in the house 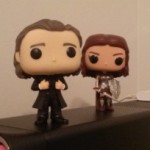 Funko POP’s take on Sir Thomas Sharpe (Tom Hiddleston’s character in Crimson Peak) has arrived to join Lady Sif, my first foray into the world of tiny adorable character figures. I had him on my shortlist of figures I might get, and when I saw that he’d been released, I ordered...Read More » 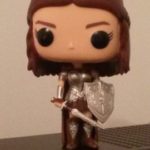 After months of seeing my friends post photos of their Funko Pop Marvel figures and feeling a teeny bit jealous since I totally wanted one myself, I finally did it: I got a Sif bobblehead. She’s been on my Amazon wishlist for at least six months, but...Read More »

Occasionally I write articles and reviews on HubPages, mostly on the subject of board games and card games. Last week, I was very surprised to receive an email from HubPages saying that I was in the running for a Rising Star award for my review of the fantasy...Read More »