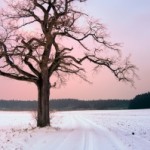 So, I’ve been sick for a week and a half now. I’m a lot better than I was, but still congested and super tired. I think I’m more tired now than I was at the beginning — but since I kept pushing myself to work (deadlines), I guess it’s to be expected. I think I got through the past two weeks purely on chocolate, caffeine and will power.

I had hoped to spend some time gaming this weekend, but I’ve mostly been eating, sleeping, watching TV or movies, and futzing around on Tumblr and Pinterest; I haven’t had the energy to do much else. I have managed to read a little, though. I’m almost through my re-read of Harry Potter 5. I’m surprised at how much I’ve forgotten about the later books.

Anyway. I have some other thoughts to share, but I’ll save them for later.